The Half-Life of the Shackled and Blind 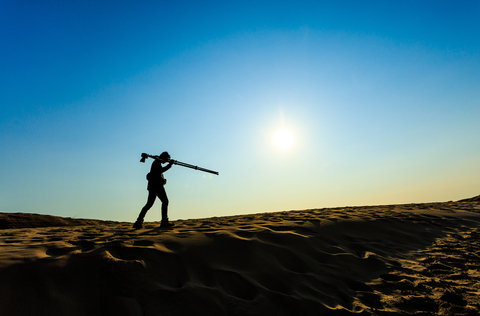 “And Saul approved of their killing [Stephen.]” Acts 8:1

We’ve been talking about Joseph around here. Distilling his tale for my children has a trickle-down effect in my own heart:

Forgiveness unshackles our spirits from the past. Bitterness chains us so we are helpless to be all God wants us to be right now.

Joseph’s brothers wanted him dead, and their wish nearly came true. But Joseph lived. Can you imagine, on the desert journey to Egypt, dragged and dehydrated, how Joseph might have been tormented by the memory reel replaying his brothers’ murderous, hateful words and actions?

Yet he forgave them all. “Am I in the place of God?” he said. Of course not. How could he hold their sins against them, then?

Seeing through God’s eyes, Joseph knew that while his brothers “intended to harm me…God intended it for good to accomplish what is now being done, the saving of many lives.”

We had dinner recently with our friend from Afghanistan, who came of age under Taliban rule. Sitting long at table, we listened to her stories of God on the move in the Middle East.

“Muslims know evil spirits,” she said. What they need to see, and what they are seeing now, is God’s spirit of power and healing. Miracles happen there, and eyes are opened. Like hers were years ago, mostly through the relentless love of missionaries.

“It was always very scary – all the time – over there,” said our friend. Her eyes lit then, “But also, so – “ she gestured, arms out, looking for a word big enough.

“Yes!” she agreed. “Because we were always, always having to trust God.”

Then she branched off into another thought. “You know, the apostle Paul was like ISIS,” she said. “He did what he did for the love of his god.”

But it turns out, as Paul learned on the road to Damascus, that he had actually been persecuting the real God as he hunted down His followers. Paul’s spiritual eyes were opened.

I cannot even begin to fathom what churns in the hearts of Christians in the Middle East at this moment. What do they remember? Spit and hateful words? Decapitations? Bodies blown apart by bombs? Fear, always fear? They probably more than understand Joseph. And have more than enough reasons to become Paul.

Do we understand them? Do we see why they forgive so much wrong done against them? We have to look where they are looking, then.

Look at Jesus. Paul did. He took his first searing glance, and was never the same again.

Look at Jesus. Ananias did, and afterward he went to Paul, laying forgiving hands on his persecutor, and blessing him.

Look at Jesus. My Afghan friend does, and she sees Muslims’ needy hearts under their murderous exterior.

When you feel you have every right to hang onto an offense, wielding it like a sword over the head of the person who hurt you, ask yourself this:

Do you want a half-life, running after a different god?

Because that is what unforgiveness gets you.

Paul once thought himself better than many, good enough to hold the cloaks of the sweaty righteous who were heaving stones at Stephen till he was crushed to death. Paul hated them. He “breathed murderous threats against the Lord’s disciples,” because he believed they had done unforgivable things against God. Somebody had to hold that against them, and Paul took the job on himself. He did not trust God to take care of matters in His own way.

Are our eyes blinded, mine and yours? Is there a hurt we will not let go of because the one who wounded us will get off “scot-free” and that’s just not right? Are we in the place of God?

“He has shown you, O mortal, what is good. And what does the Lord require of you? To act justly, to love mercy, and to walk humbly with your God.”

Look at Jesus. And live! In the freedom of forgiveness, you can truly be All There, wherever it is God is calling you, to save many lives, like Joseph did.