“Look What the World Has Come to” 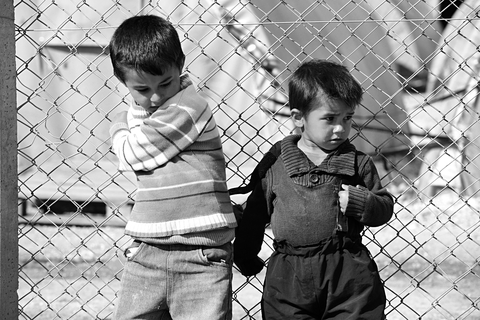 Wherever you look, deterioration and disintegration are the natural order of things. The law of entropy is a brutal beast. With the near constant slide away from God that we see in our nations, churches, and relationships, it is easy to become cynical. In fact, it seems a badge of righteousness to be a prophet of doom, and bemoan the secularization of religious institutions, churches, and culture. It’s as if we feel our ability to highlight decay or trends toward liberalism is proof of our faithfulness.

But griping about moral decline is not a sign of godliness. Listen to any talk show, or coffee table chat, and you will hear rants about how bad things are getting, even from the most ungodly sources. It is not a righteous or godly thing to complain about the state of things. It is a human thing. Ever since we left Eden we long for “the good ol days,” (often glossing over the bad and exaggerating the good) and bemoan the inevitable slide towards degeneration.

When God made the world, we were assigned to be the caretakers of creation and in our rebellion, we made a horrendous mess: Endless violence, infanticide, rape, the oppression of women, slavery, the exploitation of the poor and weak, etc. There was every reason to despair.

But then something radical and unexpected happened.

The Creator of the Universe stepped into human history and took on a human body, infusing fresh meaning and value and hope into our lives and the whole material realm. Jesus said in his Revelation “Look, I am making all things new!” (Rev 21:5) God began the task of healing broken hearts, cultures, even nations.

We are currently celebrating the season of advent, an event that has world-changing implications. God entered our endless cycle of destruction, and began breaking the curse that came through alienation from our Creator. It is true that we as a human race were “without hope” (Eph 2:11) before Christ came. But now everything is different. A church historian put it this way: “While the rest of the world was complaining, ‘look what the world has come to,’ the early Christians marvelled, ‘look what has come into the world!’”

The apostle Paul desperately wanted the church to catch a vision for what God was doing in the world through the death and resurrection of Jesus. The same Spirit that brought Jesus back from the dead is now breathing fresh life into not just our lives, but also the church and all creation.

It’s true that drifting from the Source of life will inevitably bring decay. But now, repentance, humility, and prayer bring us back to an explosive power that keeps turning powerful nations and empires on their head.

“But,” you say, “look around two thousand years later! Things are as bad as ever!” That is a very common belief, but also emphatically incorrect. Life expectancy worldwide has doubled in the last fifty years, poverty is in decline, infant mortality is way down, far fewer people percentage–wise are starving, or even being killed in wars than in anytime before. We have greater access to clean air, clean water, nutritious food, and quality of life than our ancestors could have imagined. The gospel is exploding all across China, Africa, and South America. Each of these steps of progress is the result of the gospel transforming hearts and minds as the true church haltingly and sporadically fulfills its mission to make disciples and to be salt and light.

Unfortunately good news doesn’t sell, so the threatening and the tragic get all the airtime and web views. There is still so much oppression, violence, and persecution in the world. Apart from the Christmas story, there would be no cause for optimism. Even now, my hope is not found in technology, conservative government, or the “indomitable human spirit.” Not at all. My hope is found in the One who conquered death and made us the children of the all-powerful God. The hope for revival and renewal comes from Him alone.

Pessimism and cynicism are not marks of true spirituality. They are the marks of lack of faith and disbelief in God’s promises. On one hand, it’s true that we believers should be the world’s greatest pessimists because we know human depravity. But that is not the whole picture. Even the worst side of human nature is no match for the power of God. He has promised to complete the work he began in our salvation (Phil 1:6). He has promised to build His church and the gates of hell will not prevail against it (Matt. 18:16). He has promised to gather all things under the headship of Christ (Eph 1:9) and rule until the last enemy is defeated (1 Cor 15:25). He has promised to work all things for the good of those who love him (Romans 8:28).

Paul admonished the early church to rejoice constantly in the One who made these promises. In that time there was a pagan, incomprehensibly wicked despot on the throne. Slavery, rampant sexual immorality, infanticide, filth, poverty, starvation, persecution, and rape were common cultural features. But beyond all this, the church found hope, not in huddling together and complaining about their wicked nation, but by boldly proclaiming, “Look what has come into the world!”

This holiday season and in the coming year, I plead with you: Fight to respond to each temptation to despair, by focusing not on the problem or the hurt, but on what has “come into the world.”

Right now, a family has just tragically lost their 14 year old son. Right now a young Christian woman is being raped for her faith while her father is being tortured. Right now a pastor is leaving the ministry because he just can’t handle the gossip, slander, and lack of grace or spiritual desire in his congregation. In all of these dark things God is working. The resurrection is proof that If God can take the most evil and wicked event in history, the ultimate act of treason – the cross – and turn it into the most beautiful and powerful force for good, then He can take your tragedies, disappointments, and discouraging events and use them for your good.

This has made a huge difference in my life lately. When I am discouraged by encounters with human depravity, whether my own or those around me, I am tempted to believe that things will only get worse, that Satan and human selfishness and pride will ruin everything. In this state, I am angry, weary, and suspicious. But lately I have been trying to superimpose the power of the gospel over each situation and turn to prayer and gratefulness instead of gossip and despondency.

If God is for us, who can be against us? This is the truth we need to proclaim. This is the reality we need to live in. This world is in desperate need of hope. It is real and available, but is that what the world will hear from our lips and statuses? Or will they only hear the worn out song of despair?