Righteous Anger: Can You Handle It? 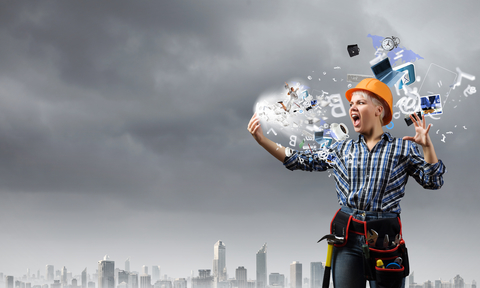 If you open your web browser these days, you’ll find plenty to get angry about: Planned Parenthood ripping up babies, ISIS mutilating Christians, politicians using corruption for selfish gains. Getting angry can feel good, maybe because our rage reassures us that we are in the righteous group of people who are above doing such filthy things, and that we still know how to acknowledge evil.

But is anger a healthy state for a Christian? How much of our anger is righteous and pleasing to God?

Modern man is offended by the idea of a wrathful God. It seems a barbaric holdover from a more primitive time. “I can’t believe in a God of wrath, only a God of love.” My response would be, “How loving can God really be if he doesn’t get angry at what destroys his children?” Could a truly loving God simply smile benignly at rape, genocide, and oppression?

If you pull the wings off a fly, I won’t care. But if you harm one of my kids, I’ll get angry. What makes the difference? I love my child far more than I love the fly. The greater the love, the greater the wrath toward what harms the loved one.

My love is weak and unsubstantial compared to the mighty hurricane of God’s love. If you truly believe in a God of love, then I don’t think you have a choice but to also believe that God’s love makes Him angry at all that lures us away from Him into self-destruction.

When God became a man, He certainly got angry about the cancers of greed and self-righteousness. In a fit of zeal Jesus overthrew the temple tables and drove out merchants who were using religion as a means of financial gain. Jesus vehemently condemned hypocrisy and the casting aside of the broken and needy.

So if God the Father gets angry, and his Son, the God-Man gets angry, then surely we have the right – maybe even the obligation – to get angry, right? Isn’t the fear of the Lord to hate evil (Prov. 8:13)? Aren’t we commanded to “be angry, but do not sin?” (Eph. 4:26) Well, don’t get all worked up just yet, because I think the issue is a little more complicated.

The Wrath of Man

James, Jesus’ brother, sheds more light of the subject of human anger when he, under the authority of the Holy Spirit, warns us to “be quick to hear, slow to speak, and slow to anger,” because, he adds, “the wrath of man does not produce the righteousness of God “(James 1:19-20). Later, James says that the wisdom that is from above is “pure, peaceable, gentle, willing to yield, full of mercy and good fruits, without hypocrisy”(James 3:17) Hmm. Anger did not make the list. Paul also commands us to “get rid of all bitterness, rage, anger, harsh words, and slander, as well as all types of evil behavior.” (Eph 4:31) Psalm 37:8 tells us to “refrain from anger and turn from wrath.”

But if Jesus got mad, and I’m supposed to become like Jesus, then can’t I get mad too? Not necessarily. Here’s why: Anger is a desire for vengeance, and God tells us very sternly to “never avenge yourselves, but leave it to the wrath of God, for it is written, ‘Vengeance is mine, I will repay, says the Lord.’ (Romans 12:19)

There are important reasons God does not want us to seek vengeance: The person bringing vengeance must have perfect knowledge of the facts and motives, so that the innocent do not get unjustly punished and also so that the offender only gets what the crime deserves and no more. Just vengeance also requires that the one bringing justice be un-blinded by corrupt motivations. When you are angry and wanting to seek revenge, can you honestly say you know all the facts and that you understand the whole situation including motivations and the other person’s perspective? Can you honestly say that you are not tainted by selfish motivations? I know that I certainly can’t.

The more anger I feel, the more I am blinded by corrupt motivation and the less clearly I see the situation. I am often shocked by the vile thoughts and desires I experience when I am angry. When I calm down, I am so grateful that I was not visited by a wish-granting genie while I was mad, because I know I would have regretted what I asked for.

Paul says that getting angry gives the devil a foothold (Eph 4:27). This certainly explains why my most sanctified thoughts do not come while angry.

“But, Jesse, didn’t you just say that love increases the anger? If you grow in love, won’t you also get more and more angry? Won’t you find yourself increasingly hating the things that God hates? Hasn’t anger been a motivating force for good in abolishing slavery and poverty?”

This is a tough issue that I am still wrestling with. To start with, I think we have to make a distinction between hate and anger. Anger is an emotional state that comes over a person and produces physical effects: adrenaline, increased heart rate, and more dangerously, it shuts down the rational, clear thinking part of the brain and sets off the “fight or flight” systems. Anger comes and goes based on the moment.

Hatred, on the other hand, is a deeper core conviction. It’s the will set against the object of hatred regardless of our emotional state. I hate pornography and child trafficking, even when I am feeling chipper and happy. The more we grow in Christ, the more we will truly hate evil and seek to eradicate it wherever we can, starting with our own hearts.

I have heard activists challenge us to “get angry,” in hopes that our anger will finally motivate us to action. But there are two problems with this. When my anger ceases, what will motivate me then? Secondly and more problematically, when my anger is stirred, am I in a more competent state to deal with the thing I hate? I hardly think so. Anger produces faulty reasoning and hasty decisions. I don’t want our policemen, judges, or soldiers – the ones who are appointed to bring justice – to be blinded by anger. I want them to care, but still be rational.

I would argue that we need to first deal with our anger in order to be qualified to deal with the things we hate. We are commanded to overcome evil with good, to love our enemy, and to forgive those who treat us wrongly. All of these steps necessitate calming down and putting off our human anger.

Well, if the anger is gone, what will motivate us? It should be love.

When we are filled with God’s love, we will feel deeply, we will have zeal to rescue and restore the hurting. Some of what we feel could look like anger, but it won’t be the same thing. Anger wants vengeance and retribution; love wants justice for the sake of protection and healing.

For example, take sex trafficking. Anger wants to castrate the pimps and johns. Love is more focused on the victim and wants to see the girls set free and experience healing.

You might think I’m just getting nit-picky on the semantics to prove my point, but I think the distinction is hugely important. Anger is physical, irrational, blinding, fleeting, selfishly motivated, and gives control to Satan. Loving zeal on the other hand is steadfast and not dependent on emotion of the moment. It is surrendered to God’s agenda to be done in his time. It is selfless and never gives up.

Anger convinces us of our righteousness and makes us feel good about ourselves, but the fruit of anger is rarely healthy or productive. Anger lies to us that we are doing God’s work, while at the same time inviting a demonic counsellor into our thoughts.

Don’t fall for the lie that because you are mad, you are in step with the Spirit. Take the Spirit’s warning seriously that your wrath will not produce the righteousness God wants.

The initial rush of anger we will feel is unavoidable and the adrenaline fuelled “fight or flight” system has its place. Sometimes in danger we need the extra strength and decisiveness it brings. The verse angry Christians love to quote, that I mentioned earlier is also translated, “in your anger do not sin.” So it is possible to experience anger without sinning.

However, generally speaking, anger is not a healthy state. If there is such a thing as righteous human anger (and I’m not sure scripture supports this), at the very least we know that all anger needs to be purified by dying to self and declaring, “Your will be done, not mine.” If we want to use Jesus’s righteous zeal in the temple as an example to justify our anger, then we must also use His example of meekness on the way to the cross:

“To this you were called, because Christ suffered for you, leaving you an example, that you should follow in his steps. ‘He committed no sin, and no deceit was found in his mouth.’ When they hurled their insults at him, he did not retaliate; when he suffered, he made no threats. Instead, he entrusted himself to him who judges justly.” (1 Peter 2:21-23)

Surrender your anger to God and ask Him to give you clarity. Submit to Christ and let His peace rule over your emotions. Ask God to fill you with love and holy zeal for His glory and His children.

If this has got you thinking, I highly recommend “Unoffendable “ by Brant Hansen. Many of these thoughts were influenced by his book on this subject.