My Ten Favourite Reads of 2017 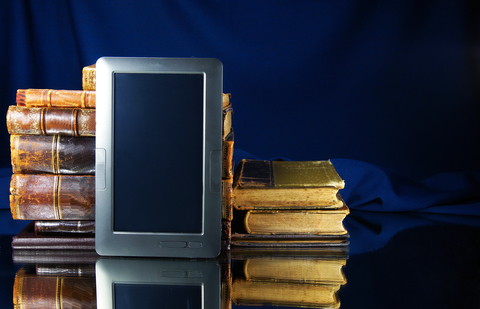 I didn’t quite reach my goal of reading 75 books, but I did finish 62 and read large portions of several others. From that list of books, here are my top ten books that I read this year. Ratings include enjoyment factor, life impact, and mental stimulation.

I also list the 10 books that didn’t quite make the top 10 but also receive my hearty recommendation. At the end you’ll find my complete list of books finished in 2017.

It should go without saying, but I don’t endorse everything in these books, and many of these books contain rough language and descriptions of human misery that should upset most readers.

# 10 The Obesity Code: Unlocking the Secrets of Weight Loss

So I gained a bunch of weight the first year of our marriage and it stuck regardless of what I ate or how I exercised. The number on the scale didn’t move much but my gut circumference, um, expanded. My heartburn was getting way out of hand and keeping me awake at night. Turning 35 made me realize that I really needed to start taking my health more seriously before it is too late. I read several books on diet this year, and have made some serious changes, mainly cutting out refined carbs as much as possible, eating higher fat and low carb, and doing intermittent fasting. I’m finally seeing results, I’ve lost 13 pounds, several inches, and have far less heart burn. It’s a good start and I’m excited. Of all the books I read, I think this one would be the one-stop resource that I would recommend.

#9. The Great Adventure: How the Mounties Conquered the West

Heidi read this book years ago, and I’ve given it to several people who raved about it, so I finally read it for myself. It’s an entertaining and fascinating account of the first, and nearly disastrous, trip the NWMP made across western Canada in the 1870s to try to deal with the illegal whisky trade. It’s full of colourful characters and glimpses of what the early Albertans had to deal with. Lots of local history, which made it even more appealing to me.

#8 Vanishing Grace: What Ever Happened to the Good News?

I have loved every Philip Yancey books I’ve ever picked up. He writes in such an honest and compelling way about tough issues other Christians are afraid to address. He’s wrestled with a lot of the same doubts that have plagued me over the years, but his answers really connect with me. I always find my faith strengthened and deepened by his writings. This book was no exception.

#7 Lincoln’s Melancholy: How Depression Challenged a President and Fueled His Greatness

I am generally an emotionally “up” person, but I deal with occasional bouts of mild depression. My wife Heidi struggles with it far more. This book provided a fascinating look into how deeply Lincoln battled depression, but rather than let it destroy him, he used it to give him motivation and insight. The book also gave great historical analysis of why so many great men throughout history have dealt with severe depression.

#6 In the Garden of Beasts: Love, Terror, and an American Family in Hitler’s Berlin

It’s a subject that has always intrigued and troubled me: how did cultured, civilized, and educated people let Hitler rise to power and look the other way while millions of their own neighbours were being incinerated or turned into slaves? What went wrong and could it happen again? I’m sure there are books that provide better analysis of the issue, but this book by Larson provides a riveting, up-close account of what 1930s Germany felt and looked like. The story of William Dodd and his family being sent to Berlin as an American ambassador provides the perfect vehicle to experience the terrifying rise of the Nazis.

This was the first year I had read a book by Hampton Sides. He has quickly become on of my favourite authors and two of his books made my top ten. This book is a meticulously researched, but riveting account of the soldiers who survived the Bataan Death March and, after years of brutal prison camp life, were on the verge of being executed by the retreating Japanese. All the suspense novel clichés apply to this book but this harrowing rescue tale is all true. Awesome read.

#4 Chasing the Scream: The First and Last Days of the War on Drugs

One of the most perspective-changing books that I read this year, this book is a powerful but heartbreaking history of how often we have got drug addiction wrong, and how the traditional battle plans to defeat drug addiction have only made the problem worse. This book provides hope though, with many examples of how rethinking the drug problem has helped users find relief. Emotional connection does far more to break the cycle of addiction then the threats, shame, and punishment strategies that are usually employed.

# 3 The Way of the Dragon or the Way of the Lamb: Searching for Jesus’ Path of Power in a Church that Has Abandoned It

In this book, Jamin Goggin and Kyle Strobel, who co-wrote “Beloved Dust,” which I loved, interview seasoned and humble leaders who have been concerned by certain developments in modern evangelical Christianity. They offer important exhortations and warnings that we need to pay attention to. It was such a convicting book that revealed many dark spots in my own motivations. It’s so sad and sobering how quickly the church can exchange real spiritual power for dark slavery to Satan’s power. This happens when we seek our own power, control, and glory. Countless churches have been sabotaged by leaders who fell for the allure of worldly power and have left hurt and broken lives in their wake.

#2 In the Kingdom of Ice: The Grand and Terrible Polar Voyage of the USS Jeannette

In the 1870s it was believed that the North Pole was a tropical paradise and that there existed a warm water route over Alaska by which you could reach it. The USS Jeannette set out to find this route, ended up stranded in arctic ice and drifted for over a year in polar ice flow. This was a fantastic read! It’s been getting rave reviews and it deserves every one of them. Gripping and enthralling all the way through. Just an amazing work of nonfiction/history.

This was an excellent book. I know the title is not flashy and would not seem of interest to the average Christian reader, but there is so much profound and practical insight in here for issues that all thoughtful Christians wrestle with. It covers topics such as: What does it mean to be “in Christ”? What is legalism? How does it manifest itself? What are the causes and cures? What place does the law have in the believer’s life? Do I have to obey if my sins are already forgiven? Can I have assurance of faith? Or will that only make me apathetic? At root this book is really about recovering a right view of God’s kind and generous heart, and a dissection of all the spiritual evils that result from doubting His goodness. This is a meaty read and that will sadly detract most people from reading this book. But if you are in any form of Christian ministry or counselling, I urge you to read this book. It is so worth the effort. I found every chapter deeply applicable to my own doubts and questions, but also very spiritually refreshing.

The Ten That just barely missed:

It was tough to pick the top ten out of so many great books. I thoroughly enjoyed each of these and benefited greatly from them. They could have easily been included in the top ten and come with my greatest recommendation!

by Napoleon A. Chagnon

by Stephen A. Macchia

15. No Sweat: How the Simple Science of Motivation Can Bring You a Lifetime of Fitness