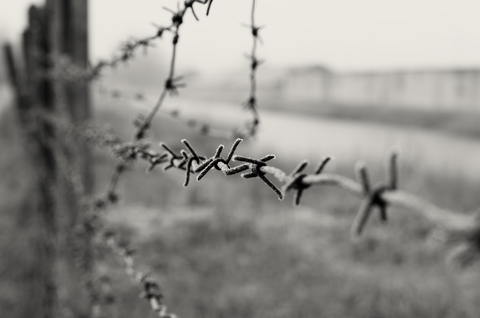 The Threat More Lethal Than A Virus

How do you get people to plug their ears to the cries of a suffering people? How do you get young men to march children and grandparents to their deaths? You encourage a spirit of hate that dehumanizes the other.

The only way a human can cope with killing and torturing another human, is to refuse to look at the other’s humanity and see them instead as an animal, a social menace, or a threat to personal safety.

The apostle John wrote that he who hates his brother is a murderer. Jesus warned of the danger of anger and hate by comparing them to committing murder in the heart.

Hate reduces our view of other people to a label or a one-dimensional threat to the causes that are important to us.

When viewed through the lens of hate, other humans are no longer thinking, feeling individuals, with dreams and hurts and insecurities. They are instead problems that need to be fixed or dangers that need to be quarantined or eliminated.

None of us would ever let hate so infect our hearts that we would commit genocide… right?

Hate doesn’t start with murder. It starts with a subtle irritation toward those with differences in opinion.

It starts with fear that their position on things will ruin our society.

It starts by labeling people rather than referring to them by name.

It starts by associating people with ideologies that we are concerned about rather than listening to what motivates them.

Hate always thrives in times when fear abounds. People who don’t share your fear and aren’t willing to take a stand against the thing you fear are threatening. People who share views that align with the ideas you are afraid of become the enemy.

Social media makes it so easy to dehumanize people and see them as soulless threats. We forget the real human on the other side of the screen and only see words and ideas that make us angry or annoyed. It’s so easy to label that person a liberal, or radical, or fundamentalist, or Christian nationalist, or socialist, or …

When they come to mind we think more about how we can prove them wrong, or correct them, or discredit them to other people.

We meditate more on how this person has hurt me and the damage they are doing, then we do about how the world looks from their perspective.

I have been shocked by the vulgar and harsh ways that even Christians have commented on other people’ posts.

When people feel so strongly about the necessity of their cause, and how dangerous people who resist it are, they turn on those people in ugly ways. At first it is just words and posts, but history warns that hate-filled, dehumanizing words have a chilling way of becoming murderous actions.

For years in Nazi Germany, people talked about how Jews were the problem and a threat to their freedoms and moralities. I’m sure in those conversations, they never imagined anything so horrendous as gas chambers or labor camps.

But once you label a people or group, and define them by the ideas you are against, they become less than human in your mind. Once the split happens, they become less worthy of your protection, and you actually start to see them as part of the problem.

In troubled times, we are desperate for scapegoats. We have to place the blame somewhere. It becomes so easy to blame those who see things differently or are threat to the solutions we have in mind.

We as a church have to sound the alarm bells against this ever happening again. This is not something we humans have evolved out of at all.

In the last 100 years there has been ethnic and racial and social class cleansing. In Russia, zealous communists hated the “kulaks” (the wealthy). In China, during the “cultural revolution” they hated the foreigners who were changing Chinese culture.  In 1950s America, they hated the suspected “communists.” In every instance, it led to shocking abuses of other humans and loss of rights and freedoms.

We can fight for our freedom, but in a society where a group is labeled and hated, they will never be free. The hated group will always face civil rights abuses, and alienation from society and jobs.

It is the church’s job to be salt and light and bring love instead of hate. We have to stand up for the group of people that are being labelled “the problem” by society.

Hitler stirred hatred against the Jews by appealing to good things all decent citizens want: freedom, economic growth, the elimination of immorality and vice and corruption, but then said the Jews were the ones preventing this from happening.

Meanwhile the most putrid evil was the hate that was allowed to grow in the culture.

What can be done?

First we have to be on guard against the first steps of hate in our own hearts. When we find ourselves labeling another person, take warning!

Please don’t misunderstand. Lies need to be identified, evil actions need to be called out, we can’t be afraid to call racism, abuse, and tyranny sin.

But Paul is clear our battle is not against other humans but the lies and power of sin and the demonic spiritual forces. We can hate the evil the sinner commits, but must be on guard against evil that creeps into our hearts through hate.

Jesus said, “But I say to you, love your enemies, bless those who curse you, do good to those who hate you, and pray for those who spitefully use you and persecute you.”

When you feel those first pangs of dehumanizing resentment toward another person because of disagreements, stop and pray for them. See them as Jesus sees them: fully human, made in God’s image, created for good works, full of hopes and dreams and passions.

Look at things from their perspective and ask why they care about these things. Think about all the good they have accomplished.

This is why in-person interactions and sharing meals and fellowship together are so important. The more we are apart, the more we reduce people in our minds to the ways they irritate us or how we have been hurt by them or where we disagree.

But when we sit across from them, and share a joke or an embarrassing story, we start to see their full humanity again, and our hearts thaw, and we are filled with empathy and compassion.

Jesus said to treat other people the way we want to be treated. Every time you are tempted to write a comment or post something inflammatory, put yourself in their shoes and ask how they might see and experience it.

I have failed this step so often this past year and been more concerned with getting my point across or defending my point of view.

I know I have hurt and alienated people with my carelessness. God has been convicting me of this. I can’t completely stop the growing hate in society, but I can start by asking God to cleanse my own heart.

I can stop labeling and start listening. I can start trying harder to see things from other people’s perspective instead of lamenting that they don’t see things my way.

I can fight to show love and compassion rather than merely crusading for my opinion.

I can calm my fears by pondering God’s awesome power and sovereign rule. The more I trust God, the less threatened I am by other humans and the less room there is for fear to turn to hate.

This why the gospel is so vital to society. Only in Christ are our labels removed and our divisions healed. It’s ultimately only through Christ’s love for us that the hate in our hearts can be healed.