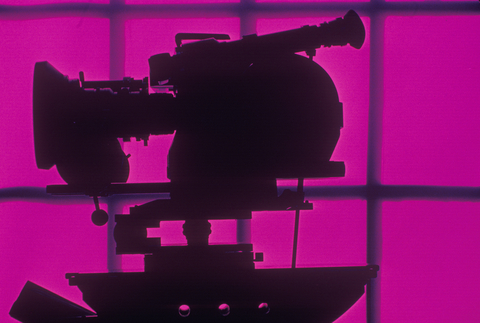 This requires privacy. The very act of bringing a camera into the equation breaks the spell, stealing from the woman her sacred knowledge and making it available to any man who wants to mentally violate her by using that knowledge for his own selfish gratification. No matter how beautiful the portrayal of sex or how innocent it appears, the on-screen image is shouting a lie, and to receive lustful gratification from that image is to participate in the exploitation of that woman.

Screen sex is devastating because it says that measurements are everything and invites comparison and self loathing. It lies that good sex is only available to the young and infertile. It is performance based and creates an enslaving sense of self-consciousness. These lies are doing untold damage to women’s sexuality and robbing them of the pleasure and satisfaction God wants them to find.

A woman has an innate sense of how precious her sexuality is. She longs to give herself to a man who will cherish her, loving her passionately and exclusively. But many women are not born into a safe haven that respects their womanhood. History is fraught with the tragic abuse, neglect, and objectification of women. Abuse breaks something in a woman and drives her to desperate measures that often include selling her sexuality for money. She sacrifices her own sexual gratification to fulfill the twisted fantasies of selfish men. She grows to see men as heartless beasts. Behind her artificial smile and fake seductive glances, she hates men for what they have done to her. If you don’t believe me, read the testimonies of women who have been set free from the devastation of the sex-for-money lifestyle.

Movies and photos cannot capture good sex, because good sex is all about mutual giving, sacrifice, and the growing emotional and spiritual connection that can only be found in life-long commitment. Sex was never intended to be a one-way street. It is only satisfying when two people sacrificially love each other exclusively, and in the afterglow they can experience a shared intimacy that dazzles. With each passing year of faithfulness their security grows; an increasing sense of being treasured and adored washes over both of them. And God smiles.

When sex is divorced from giving and relational connection and instead reduced to a selfish pursuit of pleasure, it becomes achingly empty. Sexual fulfillment cannot be found on any screen. No matter how beautiful the body, no matter how haunting the score, no matter how stirred you are sexually, you will never be able to give to that woman. You will never be able to win her heart, or experience soul-mingling intimacy. You are trapped, alone in your pursuit. In the guilt filled darkness that will follow, you will feel more alone than ever.

In the viewing of pornography or other sensual images, not only are you participating in the exploitation of those women, you are also violating yourself and your spouse. When you are in love with a real woman, you will want to do everything you can to be a safe place for her, to provide a garden of protection and delight that overwhelms her. But the pornographic images flooding your mind are parasites that swarm over the walls of protection you want to provide, and greedily cut down the flowering plants within. You have allowed other women into paradise that will mock and torment your beloved. Not only that, but these images will scramble your own sexual desire software and make real life sex, the only truly satisfying sex, seem less desirable.

Lust does so much harm to the marriage haven, but thankfully God has provided a way of escape. Christ died to set you free. Through His blood you can be cleansed and start to rebuild the garden where your wife can once again feel like the cherished queen she deserves to be. Through repentance you can be empowered by the power of God to once again be a safe place for your wife.

Men and women, I plead with you to flee youthful lusts (2 Timothy 2:22) I know how deceptively alluring media can make lust appear. It seems like a place of wonder and innocence. But sex on-screen masks the heart-wrenching pain that goes on behind the scenes. We men need to stop the exploitation of woman by averting our eyes and refusing to participate in the mental gang rape that is so pervasive in our society.

Women and girls are precious, the pinnacle of all God’s creation. They deserve our love and sacrifice, not our abuse. They deserve a safe haven of rich and holy delights where they are treasured and cherished. May this next generation of men fight for women and create a new enticing vision of how enchanting real sex can be.

Related: The Modesty Talk For Men