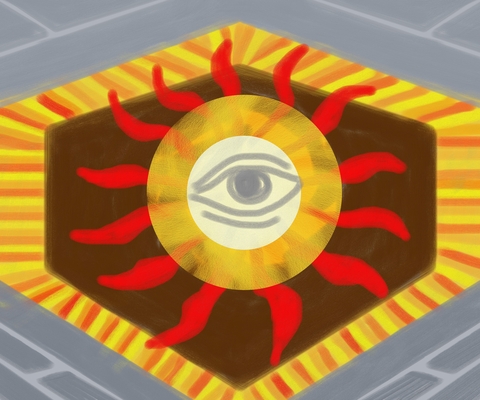 There is something so tantalizing about a conspiracy theory. It helps us make sense of the evil in this world to place the blame for societal decay on some secret organization, or sinister plot that is going on behind the scenes. I am fascinated by conspiracy ideas, they make for best sellers and great entertainment. But are conspiracy theories spiritually beneficial to us? I don’t think so and here’s why:

Our pride is fed by the belief that we have access to information to which the ignorant masses are unaware. We feel good, knowing we are among the “enlightened ones.” Satan uses conspiracy theories to make us feel “wise in our own eyes.” We enter dangerous territory: “Do you see a man who is wise in his own eyes? There is more hope for a fool than for him.” (Proverbs 26:12)

We need to realize that we are all prone to seeing patterns where none exist. We suffer from confirmation bias that only allows us to recognize evidence that confirms our theory and discount everything else. And we have motivated reasoning that makes us prone to self deception. Only by a humble acknowledgement of our own fallibility and a deep dependence on God’s spirit to guide us to truth can we minimize the blinding effects of pride.

2. They cause us to lose credibility.

Intellectual pride blinds us. While we feel that we are more likely see through shams and less likely to be duped, we actually become more susceptible to both. When Christians are quick to share conspiracy theories or urban legends, our role as ambassadors is damaged. We are to be prophets of truth and one of our most important messages is the miraculous, but also historical, resurrection of Christ. When our unbelieving neighbours see us believing stuff that a quick trip to snopes.com would easily dispel, how can they trust that our proclamation of the resurrection or our faith in God’s word is credible?

3. They cause fear and discouragement.

A common implied message accompanying conspiracy theories is that certain problems are too big for anybody to handle. Power is entrenched in high places, and there is nothing we can do about it except be faithful Chicken Littles warning that the sky is falling. I’m all for exposing corruption and shedding light on a problem, but only for the sake of a call to action accompanied by practical steps we can take to reduce or eliminate the problem. What we need more than ever is hope. When we lose vision for how we can make a difference, evil starts to win.

Because conspiracy theories are based on speculation, faulty reasoning, and weak evidence that could be interpreted multiple ways, they are a prime source of contention. We become emotionally involved, arguing about stuff that neither of us likely has any real knowledge of, apart from access to different articles and sources. Paul strongly warns against this, “Have nothing to do with foolish, ignorant controversies; you know that they breed quarrels.” We are to strive for unity and focus on what makes for peace. “Now the fruit of righteousness is sown in peace by those who make peace.” James 3:18

5. They take our eyes off Jesus.

Hearing that the FDA, the FBI, the banks, and all conventional doctors are controlled by a vast web of corrupt individuals can fill us with fear and anxiety. Who can stop them, we ask? Meanwhile the King of the Universe is still on His throne, ruling with complete power and wisdom.

Psalm 2 gives us perspective on all conspiracy theories, starting with this question: “Why do the nations conspire, and the peoples plot in vain?”

Is God frightened by webs of corruption or the rituals of Freemasons?

“4 The One enthroned in heaven laughs;
the Lord scoffs at them.
5 He rebukes them in his anger
and terrifies them in his wrath, saying,
6 “I have installed my king
on Zion, my holy mountain.”

This is God’s message to all those who feel they are in control:

“Therefore, you kings, be wise;
be warned, you rulers of the earth.
11 Serve the Lord with fear
and celebrate his rule with trembling.
12 Kiss his son, or he will be angry
and your way will lead to your destruction,
for his wrath can flare up in a moment.
Blessed are all who take refuge in him.”

Evil is far too incompetent and destructive to ever fully overcome this planet. Evil is a cancer that feeds on good and, for this reason, will always eventually implode. We have seen this throughout history. Horrendously wicked regimes have taken power and seemed to be unstoppable, but they always disintegrated and weakened from the inside. The only kingdom that is unstoppable is the Kingdom of Christ.

So take heart, friend. The only “conspiracy theory” you need to pay attention to is the one Satan does not want you to see: “In Him also we have obtained an inheritance, being predestined according to the purpose of Him who works all things according to the counsel of His will.” (Eph 1:11)

There is a Force moving things behind the scenes, pulling strings, and silencing the opposition. It works not for evil but rather for our good. “And we know that all things work together for good to those who love God, to those who are the called according to His purpose.” Romans 8:28

The next time you hear a theory that fills your heart with anger or fear, focus instead on God.

“Now to Him who is able to keep you from stumbling,
And to present you faultless
Before the presence of His glory with exceeding joy,
25 To God our Savior,
Who alone is wise,
Be glory and majesty,
Dominion and power,
Both now and forever.
Amen.”