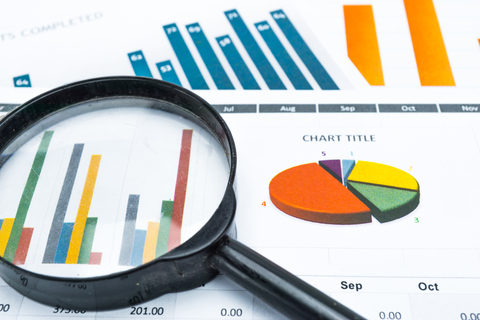 “The Science is Clear” – And Other Lies That Cause Division

“The science is clear” has to be one of the most division-causing sentiments of our time. It is a phrase used confidently and sometimes condescendingly by people on opposite sides of an issue.

If you can find intelligent people arguing for opposite positions, there is a good chance that the science is not as clear as one side wants you to believe it is.

We live in confusing times and we are desperate for certainty and clarity. But the reality is that 2020 has thrown us a whirlwind of issues that are complex and baffling. We have educated experts confidently giving us articles and sound bites that make their point of view sound obviously correct.

It’s easy to come away from these articulations feeling confident that we have the truth, and that those who see it differently are gullible “sheeple” who refuse to think for themselves. Both sides can feel this way about those who disagree.

Emotional certainty that we are correct and have an issue all figured out is comforting in confusing times, but this confidence is rarely warranted by the evidence.

Scientific truths are far more challenging to discover and establish than Facebook memes would have you believe. Here are some cautions to keep in mind as you navigate scientific claims and arguments.

Analogy is not proof

We have been told that the virus is much smaller than the fabric weaves of a mask. It’s like trying to use chicken wire to stop a mosquito. We all know that chicken wire won’t stop a mosquito, so obviously masks are stupid and ineffective. The science is clear.

But the issue has shown to be far more complex than either of those simplifications make it seem. Analogies can help us understand an argument, but they can’t prove the argument to be true. There may be an important difference between the example and the real life issue being debated.

Correlation does not equal causation

This is one of the most common mental mistakes we make with science. We often believe that anything that happens right after something must be caused by the first thing. When we hear about the farmer who cursed the rooster for causing the sun to rise, the mistake is obvious.

But when we hear that Covid cases started to rise right after a mask mandate was put into effect, it’s easy to think this is proof that masks are harmful.

Conversely, a chart showing that Covid cases have dropped dramatically in countries that have worn masks seems like strong proof that masks are effective.

It is almost impossible to prove that masks were the factor in either case. Cases ebb and flow for a variety of different reasons.

In any scientific issue outside the carefully controlled environment of the lab, there are far too many complex and confounding factors that contribute to the results. Honesty requires humility about what is causing what.

A snapshot in time is not the whole story

Along with all the complex factors in the moment, is the fact that some consequences take time to appear. You cannot binge on a gallon of hot fudge sundaes and weigh yourself the next day to prove that sundaes don’t cause weight gain.

Charts of cases and Covid deaths seem like strong proof for your point of view but the story isn’t over. Other unseen factors will come into play.

A story that makes sense is not proof

Because most of us lack advanced scientific training, it’s difficult for us to make sense of abstracts or know how to read scientific journals.

We need someone to simplify the issue by telling us a story about what is happening. If the story makes sense, we are convinced.

In the 40s and 50s, weight loss experts argued that sugar would help you lose weight. They did this by telling the story that hunger was caused by low blood sugar. Sugar raised the blood sugar with fewer calories than either fat or protein did. It was a story that made sense and persuaded people: Small amounts of sugary snacks and drinks throughout the day would keep hunger at bay, suppress your appetite, and help you lose weight.

This story, though, was wrong because it didn’t take into account insulin, which spikes in response to sugar and stores it as fat and also causes hunger to return sooner.

Just because the story being told in the ad, the article, or the meme makes sense does not make it true!

Experts can be mistaken!

We place far too much trust in lab coats and PhDs. It’s easy to assume that if someone is educated or has studied an issue extensively, they must be experts and have a right understanding of an issue.

Of course we only assume this trust when the expert says something we agree with. If they don’t, we assume they are being bought off, or are corrupt.

We need to keep in mind that education and high IQ does not make a person immune from error or blinding biases. In fact, it’s been shown that higher intelligence does not make a person any more likely to listen to or likely to understand an alternate point of view; it just makes them more able to come up with better arguments for their point of view.

Scientific study is necessary and a valuable method of discovering the truth. But real life is complex and infallible conclusions are extremely rare and difficult to wrestle from the data.

Anyone who claims an issue is clear, simple, or settled should be looked at sceptically, especially if they are politically, financially, or personally motivated.

Not only is the data complex, we humans can be horribly blinded by confirmation bias and pride. It is painfully difficult to see any data that contradicts a position we have publicly defended. Better to be in error than admit being wrong, we subconsciously decide.

Thankfully God is more concerned that we love and trust Him, and that we show love and care to others, than he is about us having the correct scientific viewpoint.

Paul warns us in 1 Corinthians 8, “We know that ‘We all possess knowledge.’ But knowledge puffs up while love builds up. Those who think they know something do not yet know as they ought to know. But whoever loves God is known by God.”

I believe judgement day will have more to do with how we treated people than it will be a science exam. “He has shown you, O mortal, what is good. And what does the Lord require of you? To act justly and to love mercy and to walk humbly with your God.” Micah 6:8

In these murky times, aim to be more quick to listen than to defend your point of view. Don’t assume that those who disagree with you are gullible, wicked, or stupid. Don’t belittle. Don’t get angry. Anger has never made a person more likely to come to a correct conclusion. Above all, seek to place your trust in God and His wisdom. We will make mental mistakes and believe all kinds of wrong things. But God gives grace to the humble and wisdom to all who call on Him.