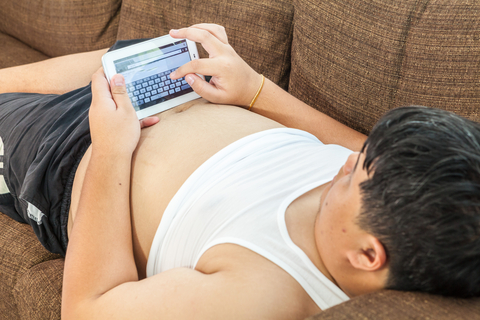 Recently we had a friend over who was discussing the holocaust. She said there were three groups of people during that horrific time. Those who perpetrated the crimes against the Jews, those who did all they could to oppose the evil men, and those who did nothing. Her questions haunted me. Which group am I in with the evil that is taking place today?

During the craziness of 2020, I’ve written blog and Facebook posts aimed to call people to prayer, bible memorization and meditation, and a deeper walk with God. I have also urged caution about embracing conspiracy theories and being careful about what we believe.

Almost every time I have posted, I get responses interpreting my advice as “not standing up for truth” or failing to be the watchman. That I’m somehow urging people to bury their heads in the sands of personal piety, and ignore the pleas of the oppressed.

I always cringe when I get one of these responses because that is not at all what I intend to communicate.

I believe there is a real spiritual and cultural battle raging right now. I believe God calls His Church to be soldiers in this battle. My concern is that we as soldiers of the King be prepared for battle.

As we have seen throughout history, sending soldiers into battle who are not equipped for the fight has been catastrophic both for the soldiers and the country they are defending.

Well-prepared soldiers need to be physically fit, with the right weapons, hearing the correct orders, working in unity with the rest of the army, and fighting the right battles. If any one of these elements is missing, it spells tragedy.

The army with the superior weapons wins almost every time. You can’t fight army tanks with rubber band guns. Spiritual warfare is dangerous; we cannot rely on our own strength and abilities. If we depend on human methods, we will have no chance standing up to the powers of Hell. Paul talks about the weapons God equips us with:  “For the weapons of our warfare are not carnal but mighty in God for pulling down strongholds, casting down arguments and every high thing that exalts itself against the knowledge of God, bringing every thought into captivity to the obedience of Christ.”

It takes time to learn how to properly use the heavenly armor God equips us with. The Sword of the Spirit, the Word of God, becomes more effective in our life as we take time to memorize and meditate on its life-giving power, so that we can be “equipped for every good work.”

In battle, timing is critical. To start a charge before the signal is to commit suicide. We are instructed to keep in step with the Spirit. In war, the enemy knows if they can disrupt communication, the war can be easily won. Military success depends on clear communication. This is why I have been begging Christians to learn to hear from God and not to rely on their own understanding. Time in prayer and solitude and listening from God, does not mean ignoring the earthly battle. It is, rather, the most vital preparation for engagement. Even Jesus, the Son of God, never neglected this aspect of war. He only ever followed His Father’s leading. We can do no less.

In Unity with other Soldiers

Soldiers spend hours learning to march and fight in sync with each other. They diligently practice manoeuvres so they can do them well coordinatedly, they carefully review the strategies so they can effectively work as a unit. They are also put through stressful trials to forge deep bonds of relationships. Armies that spend time in conflict with each other, complain about leadership, and take friendly fire don’t stand a chance to survive.

Part of the reason I have been so passionate to point people away from possible conspiracy theories and back to God’s word, is because only on the sure foundation of the Bible can we find true unity. We cannot seek to be united by sharing better posts and memes defending our interpretation of current events. We must unite under God’s unchanging truth.

Once a soldier is properly prepared and equipped, only then is the time right to send him into combat. My posts have primarily aimed at preparing the soldier for battle, not a call to a particular battle. I have done this not because I don’t think there are battles that need to be fought, but because I think the enlisting process needs to be overseen by the Holy Spirit. He is one who prepares the good works that He wants us to walk in.

Brothers and Sisters, let me be clear: There are major battles that need our attention and diligence.

There are unborn babies that need defending, trafficked children that need rescuing, starving that need to be fed, hurting who need comforting, depressed who need encouragement and support, oppressed and abused women who need defending, addicts who need their chains broken.

Jesus cares about the hurting and the broken in this world. He began his ministry by reading this mission statement:

18“The Spirit of the Lord is upon Me,

Because He has anointed Me

To preach the gospel to the poor;

He has sent Me to heal the brokenhearted,

To proclaim liberty to the captives

And recovery of sight to the blind,

To set at liberty those who are oppressed;

19To proclaim the acceptable year of the Lord.”

There are battles that need to our attention. But calls to fight without preparing the soldier do great damage. We need to fight, but we also need to train and prepare, and learn to listen.

The Children of Israel committed two serious errors in God’s eyes: The first was when He sent them to fight the giants, and they refused to fight because of fear. That brought God’s judgment. The second error they committed shortly after. They decided to fight their own battle in their own timing. This also resulted in tragic loss of life.

We as a church must stand willing and ready to fight, we must train and equip, we must be sensitive to His leading. But we dare not fight on our own strength or enter battles that He has not called us to!